Encryption Is a Major Key to Security 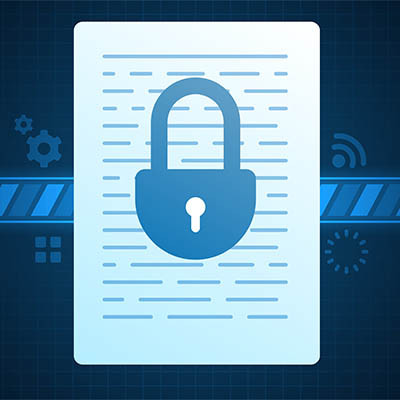 The term “encryption” has found its way into the mainstream, appearing just about anywhere information security is brought up. Whether it is ransomware encrypting data or the encryption protecting your password security, it is a powerful tool that can be used for both good and evil. Let’s discuss the former and how you might use encryption in the workplace.

At its core, encryption is a way of securing data through the use of encoding. One way to understand its basic concept is to think back to ancient times before computers existed. If a letter or document contained sensitive information, the sender might hide it in plain sight through the use of a cypher and key. The key would be known to the one receiving the letter or document, so only they would know its true nature. Anyone trying to intercept it would not be able to decrypt the message.

In the more modern sense, encryption is more akin to a kaleidoscope. Everything in sight is still there, but it’s all jumbled up and doesn’t make any sense. The decryption key is used to put the true picture back together. Decryption keys are only found on approved devices or accounts that should have access to this data. In this way, the data is secured while it’s in transit from one location to the next. Encryption has grown extraordinarily complex over time, and it’s not unheard of for businesses to leverage what is known as military-grade encryption technology.

As for how you can use encryption, you can think of it as a security solution that is valuable whenever you want to ensure total privacy and security of data. For example, many organizations will use a virtual private network to keep data transfers private while out of the office. Others might use encryption for file storage. Encryption is practically a standard for websites these days as well, particularly those associated with banking and other sensitive information. Encryption also aids in compliance, and in some industries it might be necessary.

Obviously encryption is a great asset to use when securing data, but it is frightening to say the least when it is used against you, as is the case with ransomware. When these threats strike, data on infected systems is encrypted so that it is inaccessible until the victim pays a ransom to the hacker. Cracking modern encryption is quite difficult for most organizations, so while it might be incredibly difficult to break through a hacker’s encryption, the same also applies to your infrastructure; with the right tools on your side, your data will never be more secure than with encryption.

To get started with comprehensive security solutions that leverage encryption, reach out to eManaged at 1300 363 308.

Optimism Generally Produces Better Results
One of the best ways to create positive change in your workplace is the act of projecting positive thoughts into it. In other words, we’re talking about ditching the typical doom-and-gloom that comes from the workplace and picturing the wor...
Read More