Android Apps Suddenly Crashing? You May Have Had a Bad Update 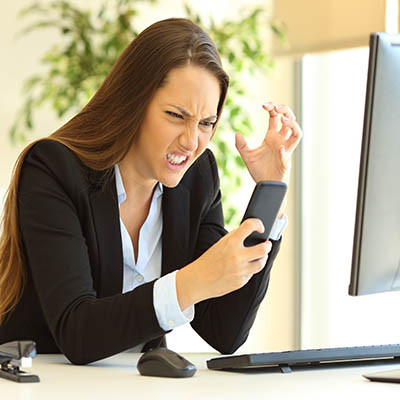 Google’s Android operating system has about a 71.9 percent global market share, making it the most used smartphone operating system in the world. It’s well-trusted, and although the experience differs since phone manufacturers customise Android to fit their device, generally the operating system is pretty stable. This wasn’t the case for a massive number of users around March 22nd, 2021.

Around the 22nd of March, many Android users started to notice their apps crashing.

Not a particular app either. Instead, numerous apps that seemed to not be connected with each other were crashing persistently.

For instance, most users were reporting that Gmail was crashing, others noticed that doing a Google search crashed their browser app. Popular password management app Lastpass would crash for some users every time they tried opening it.

Not all apps were having an issue though. It wasn’t like all of the applications were made by Google, or some other developer. It seemed to affect a wide range of applications from communication apps to games.

Why Are My Android Apps Crashing?

This was such a sudden, immensely frustrating issue for some users. Fortunately the Internet prevailed, and a few users on Twitter figured out the culprit.

Android WebView, a system application that is powered by the Chrome browser and allows applications to view and access web-related content, had a bug in its latest update. This bug was causing your other applications to crash. The temporary fix was to uninstall the latest version of Android WebView by going into the Google Play store.

We’re not going to walk you through that process though, because Google fixed the bug in an update less than 12 hours later. Depending on when your phone searched for its updates, you may have missed the issue altogether.

It goes to show you that, while updates are generally important, an update isn’t inherently going to always go smoothly. Sometimes, updates have their own flaws that the developer doesn’t realise or didn’t experience in the testing process.

It’s important to consider when applying updates—not just to your smartphone, but to any software or hardware you use for your business. That’s why we test updates out in a test environment before deploying them, especially if they are for mission-critical applications. Google solved the Android issue in 12 hours, but that was a massive wide-spread issue. If you are running into a unique, uncommon issue due to an update, it could take days, weeks, or months for an official patch to come out. It’s better to test first, and if the test fails, determine how critical the update was, and go from there.

It’s always important to keep your hardware and software up to date, but always be prepared for something to go wrong.

If you need help keeping your IT maintained and updated, and want to reduce your overall risks for downtime and expensive problems, give eManaged a call at 1300 363 308 and ask how we can take over your technology and treat it as well as we treat our own.

Optimism Generally Produces Better Results
One of the best ways to create positive change in your workplace is the act of projecting positive thoughts into it. In other words, we’re talking about ditching the typical doom-and-gloom that comes from the workplace and picturing the wor...
Read More