Understanding IT Acronyms You Hear in the Office 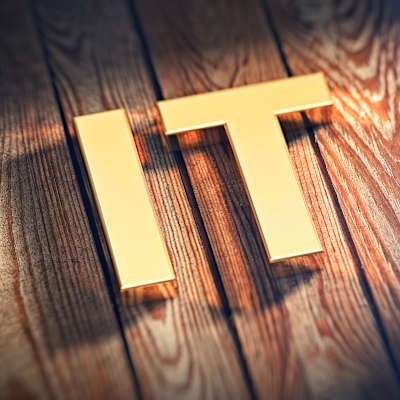 Technology can be complicated, and it doesn’t help when all you hear is an alphabet soup of acronyms used to describe it. As professionals, this kind of jargon has become a second language to us and it is easy to forget that not everyone will recognise these acronyms. For your reference, we’ve assembled some common ones you’ll probably hear us use.

This means “as-a-service” and is typically preceded by another letter or letters, like “IaaS” (for Infrastructure-as-a-Service) or “DRaaS” (Disaster Recovery-as-a-Service). This means that a given business need is available from a service provider at a monthly, budgetable rate, with the provider managing whatever the solution in question is on an ongoing basis. This approach has grown in popularity amongst businesses, who benefit from the sustained nature of the given service delivered.

BYOD, or Bring Your Own Device, is a strategy that many businesses use to cut costs and boost their employee satisfaction by allowing their staff members to use their own devices in the workplace, rather than ones provided by the employer. With the right precautions in place, BYOD can prove to be very beneficial for the business’ budget.

When a solution reaches its EOL, or its End-of-Life, it effectively means that the developer is no longer updating its security to protect it and, by proxy, its users. This makes it of significant importance to keep apprised of the status of your solutions and have plans to migrate away from any that are approaching their EOL dates. Windows 7 reached its EOL not too long ago, for example.

The IoT is shorthand for the Internet of Things, the assortment of non-traditional devices that feature an Internet connection to boost their capabilities. While the IoT is a fascinating development in technology today, it also presents many challenges to your organisational security that must be addressed.

A LAN, or a Local Area Network, is a network used to share resources between computers contained within a limited distance. This is present in many offices, especially those that share printers or access to other pieces of connected equipment.

Multi-factor authentication, sometimes referred to as 2-factor authentication, is the practice of requiring an additional means of verifying one’s identity as one requests access to an account or a resource. By identifying a user with a username, the traditional password serves as the first factor of authentication, while the second requirement might demand a PIN number dictated by an application, or even biometric information.

SSL, or Secure Sockets Layer, is a protocol for encrypting data between a server and the device a user has. Used to protect data as it passes from client to server and back again, SSL is what turns HTTP into HTTPS in a web browser.

Disasters are nothing to fool around with, which makes the inclusion of an Uninterruptible Power Supply so crucial to your infrastructure. Many pieces of computing hardware need to go through a process to safely shut down, so a sudden power outage is a dangerous prospect. A UPS gives them the juice needed to safely power down, protecting your business’ hardware.

A VM, or a virtual machine, is an interesting piece of technology. Rather than installing an entirely new piece of hardware, a simulated version is introduced into an infrastructure, allowing users access to an additional solution set. This enables you to make use of additional resources without investing in additional hardware.

As the acronym for Voice-over-Internet Protocol, VoIP describes an approach to telephony that cuts out a large chunk of the costs associated with office telephones. In addition, VoIP solutions come with many business-friendly benefits included, while they would ordinarily come at a cost.

WAN, or wide-area networks, are used by organisations that have multiple locations over a wider area by connecting multiple small networks into one larger network.

To learn more about these solutions, and many others that we can help you to implement, reach out to eManaged at 1300 363 308.

Facebook Twitter LinkedIn
Tags:
Office Business Computing Technology
Is Your Business Prepared to Deal with Coronavirus...
How to Create Cybersecurity Policies for Your Comp...

More posts from author
Wednesday, April 01, 2020 Tip of the Week: New Uses for an Old Mobile Device
Tuesday, March 31, 2020 Managing Your Business and Remote Workforce During the COVID-19 Pandemic
Monday, March 30, 2020 Backup Delivers Peace of Mind in Times of Crisis

Tip of the Week: New Uses for an Old Mobile Device
Once a mobile device outlives its presumed usefulness, the default assumption is that there is nothing left to do but dispose of it. However, before you do so, reconsider. There may be other ways that your device could show its utility. For...
Read More